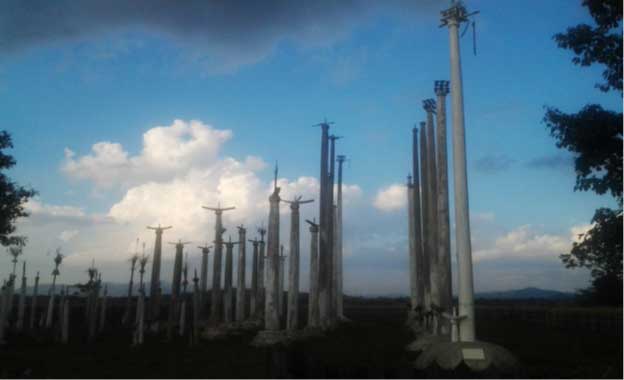 Upon arrival at Yangon International Airport, our tour guide would welcome and transfer to hotel for check-in and lunch. After refreshment, half day sightseeing includes China Town, Sule Pagoda, City Hall, Colonial Building (Old Town), Botataung Pagoda (Yangon River & jetty). Special evening visit to massive Shwedagon Pagoda, one of the wonders of the world for its religious significance, artistic beauty and its association with Myanmar culture. Enjoy the wonder of pagoda & Buddhist devotees’ way of worshiping and the scenic view of sunset from the pagoda. Dinner at local restaurant.

After breakfast at the hotel, transfer to airport for flight to Heho, upon arrival at Heho airport, drive to Loikaw, the capital of Kayah State, is bisected by the Belu Stream that flows from Inle Lake, and by that route it enjoys trade with the Shan State. Loikaw is surrounded by beautiful mountain ranges, lakes and waterfalls, where locals believe that the Keinara half-human half-bird creatures live. The Keinara, representing eternal fidelity, is the State symbol. The town is pleasant and in the suburbs are large wooden houses set in lush, green compounds. Balu Chaung is scenic beauty of Kayah State, which has a generally hilly topography. 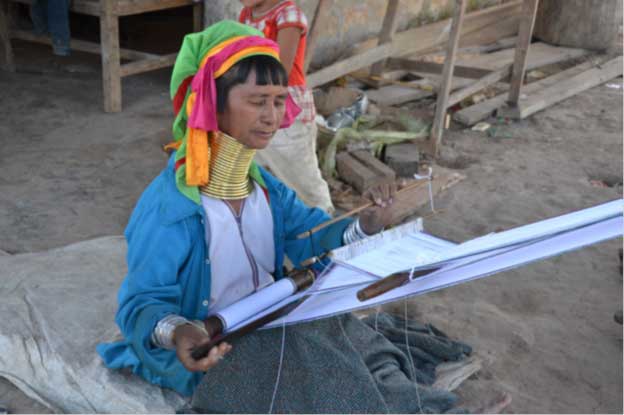 Kayah State, formerly Karenni State is bordered by Shan mountains to the north, Thailand’s Mae Hong Son province to the east and Kayin (Karen) State to the south. It is the smallest among the seven states of Myanmar. The terrain is mountainous and is traversed by the Thanlwin (Salween), the principal river. The inhabitants of the state are Karens. The state is fairly well provided with Kyun (Teak wood) and other hard woods such as Pyinkado (Ironwood), Padauk and Ingyin.

Myanmar’s largest and most important hydro-electric power plant has been constructed at BaluChaung Waterfalls at LawPita some 12 miles south of Loikaw, capital of Kayah state.

The Hydro-power plant was provided by Japanese Government as the Second World War II compensation in Myanmar Kayah state.

The main hydroelectric power plant well known as Lawpita which distributed electricity to different parts of the country is located in this State. The Biluchaung stream provides water source to this plant.

The Kayah earn their living by farming and forest extractions timber, resin, Lac, Lacquer as well as by their arts and handicrafts.

Loikaw province is the most highlight destination for all the people near and far, because it is the birth place of the Padaung tribal, or the Kayan tribal, or (Long neck women). 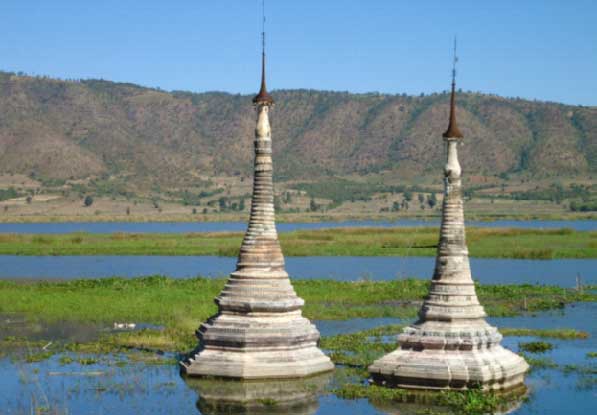 Kayan people who inhabit the Kayah State, which lies to the southeast of the Shan State, are famous for the special feature of their culture, which makes them outstanding and quaint, is the tradition of adorning their women, with bronze rings round their necks, ankles and legs.
According to ancient cultural tradition it was unquestionably believed by the Kayan that the beauty of their women lay in the bronze and copper rings that stretched their necks like graceful swans. That is why it was the custom to start putting these copper rings on the necks of female children from the age of 4 to 6 years old.

Young Kayan women, by the time they reached adulthood, almost always had 16 to 22 rings round their necks.In addition they wore 12 to 22 similar rings round the legs. The rings that encircle the necks of the Kayan ladies are not separate rings placed one on top of the other. A person specially skilled and trained for the job takes a long flexible rod of copper weighing about 25 ticals, and with great care, so as not to hurt the neck, winds it round and round to form a spiral of rings.
The Kayan ladies usually wear thick silver or metal bangles on the wrists and the clothes they wear are of thick cotton, hand-woven by themselves on low wooden handlooms called “Jut Khoke”. If you wish to pay a visit to the land of the Kayan, you will first have to go to Loikaw, which is the capital of Kayah State.

Thiri-Mingalar Taung-kwe Pagoda Hill, scenically built on a hillock overlooking the vast expanse of the environs. You can watch desolately at the pilgrims and enjoy the marvelous landscape form the top.

There was a prophecy that one day the nine pagodas will be unified into one omniscient pagoda in the propagation and perpetuation of the Buddhist faith. The name of the sacred hill was also changed to Thiri-mangalar Hill in 1970.

The Kayah State Cultural Museum is a museum that display bronze drums used in wedding and funeral occasions, stone beads, household utensils, traditional looms, traditional dresses, silverware, weapons, paintings and musical instruments of the Kayah people. It was established in August 1996. Admission fees is 2 US $ and opening hour is from 10:00 am to 3:30 pm (from Tuesday to Sunday).

The next interesting place is called Htee-pwint-kan or Umbrella pond. It is situated in Demosoe Township in the heart of the paddy fields. It was just a small pond around a hundred feet in circumference. The Kayah believe that the present ‘Htee pwint kan’ is the pond dug by the crocodile with the help of the white buffalo. There is a legend about this pond. It says “Once upon a time in a dense forest a big white rabbit and a big crocodile lived together as friends. One day the rabbit told the crocodile that a severe drought would befall the following summer which would cause extreme hardship. The rabbit then persuaded the crocodile to leave the forest to more salubrious pastures where water was plentiful. Believing in the rabbit they both traveled till they reached atop a hillock when the rabbit ran away, leaving the poor crocodile to his dire fate. Luckily a white buffalo passed by and saw the predicament of the distraught crocodile, who requested the former to take him to where water was available. The buffalo replied that water was very far away. Then the crocodile suggested that the buffalo dig the earth with his strong hoofs, urinate on the earth to soften it and repeat the process again and again until the pit was deep enough for the crocodile to wallow inside. The buffalo obliged, and the crocodile wallowed until as luck would have it water spurted from the subterranean lake, bringing relief to the amphibian. The thankful crocodile offered to help the buffalo so that he may not suffer for want of water. Thus we now see that buffaloes never feel the scarcity of water as the crocodiles kept the promise made once upon a time. ”

Visit around villages where who lives Padaung tribes known as Griffins Women.
Accommodation: Guesthouse in Loikaw

After breakfast at the hotel, transfer to Phekon by car. Arrival at Phekon jetty and private boat trip to Inle lake. In the afternoon, check in hotel at Inle Lake. Half day sightseeing in Inle Lake includes: Phaung Daw Oo Pagoda; the most famous pagoda of the Shan State, Nga Phe Chaung Monastery, etc. Enjoy sunset and leisure at Inle Lake. Accommodation: Hotel in Inle Lake

After breakfast at the hotel, excursion in Inle Lake by boat which includes a visit to a market and a monastery with many old Buddha Images. Lunch at local restaurant. Afternoon tour highlights include village of silversmiths, wonderful floating gardens and explores Leg rowing fishermen life on the Lake. After sightseeing in Inle lake, transfer to Jetty by boat and proceed Heho by car. Arrive at Heho airport for flight back to Yangon. Upon arrival at Yangon, transfer to Hotel. Accommodation: Hotel in Yangon

In the early morning, breakfast at the hotel and transfer to Yangon International Airport for your departure flight.

End of our service

Our price includes the following services:

Note: The above programme is subject to change with or without prior notice due to factors such as weather, domestic flight availability, road transport conditions and etc.